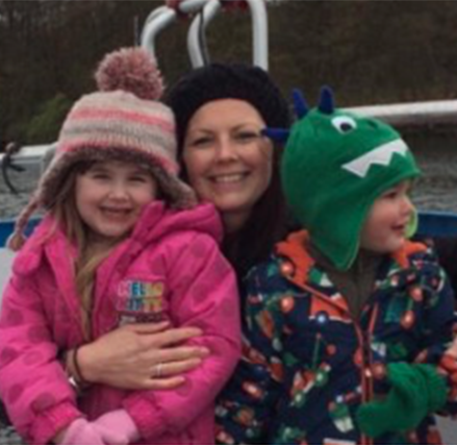 Many of you know our Trainer Louise Bennett well. She has trained and supported many of our workers and been an incredible asset to Local Care Force. However you may not know know that her sister Rachel is currently fighting cancer, for the second time, and desperately needs help to raise the cash for treatment. Please take the time to read her story below and donate if you can. Every pound will make a difference. Thank you so much!

Rachel is an amazing 34 year old woman, ICU nurse and mum of 2 young children. After the birth of her second baby Rachel repeatedly went to her GP with back pain. For seven months she was told it was muscular. However, after her third trip to A&E, a GP advised scans which showed a tumour in the pancreas and bile ducts. The biopsy confirmed it was cancerous and inoperable. Only palliative treatment could be offered in the UK…

“It felt like our world was collapsing – I can’t begin to describe the horror and Rachel’s first thoughts were of her two babies – Freya (four) and Will (two). Rachel could have taken the word of the oncologist as being absolute; she could have listened to specialist nurses who advised accepting that there was nothing more to do. She didn’t, and with the help of family researched every possible treatment and alternative. The results of the research found effective treatments available in other countries. Rachel underwent a new type of treatment in Germany (funded by her parents) which amazingly shrunk the tumour and, to everyone’s amazement, after a year the tumour which should have effectively killed her had gone and was basically just scar tissue. We were all over the moon and set up Love Hope Trust a charitable trust to help raise money for other people needing treatments not funded by the NHS. We have been able to help support six other people pay for treatment since setting up and supported others by raising awareness of their fundraising.”
Louise Bennett

However a year on and Rachel’s cancer is back. It has spread to her lymph nodes and she has ascites in her abdomen. She is preparing to fight again but the NHS can still offer no treatment.
There is, however, hope – the Hallwang Clinic in Germany are extremely positive they will be able to help Rachel, by offering a new type of treatment called Immunotherapy. Unfortunately, this time there is not enough money left after paying for previous treatments.

We are asking you to help this wonderful woman, who has helped so many others through her career and her charity efforts, to raise the money needed for treatment and give her the chance to raise her beautiful children.